Structure of the Group

ENEA S.A. is the parent company of the ENEA Group. Its majority shareholder, the State Treasury holds 51.50% in its share capital.

There are 6 leading entities within the Group:

Other companies carry out ancillary activity in relation to the operations of those listed above. 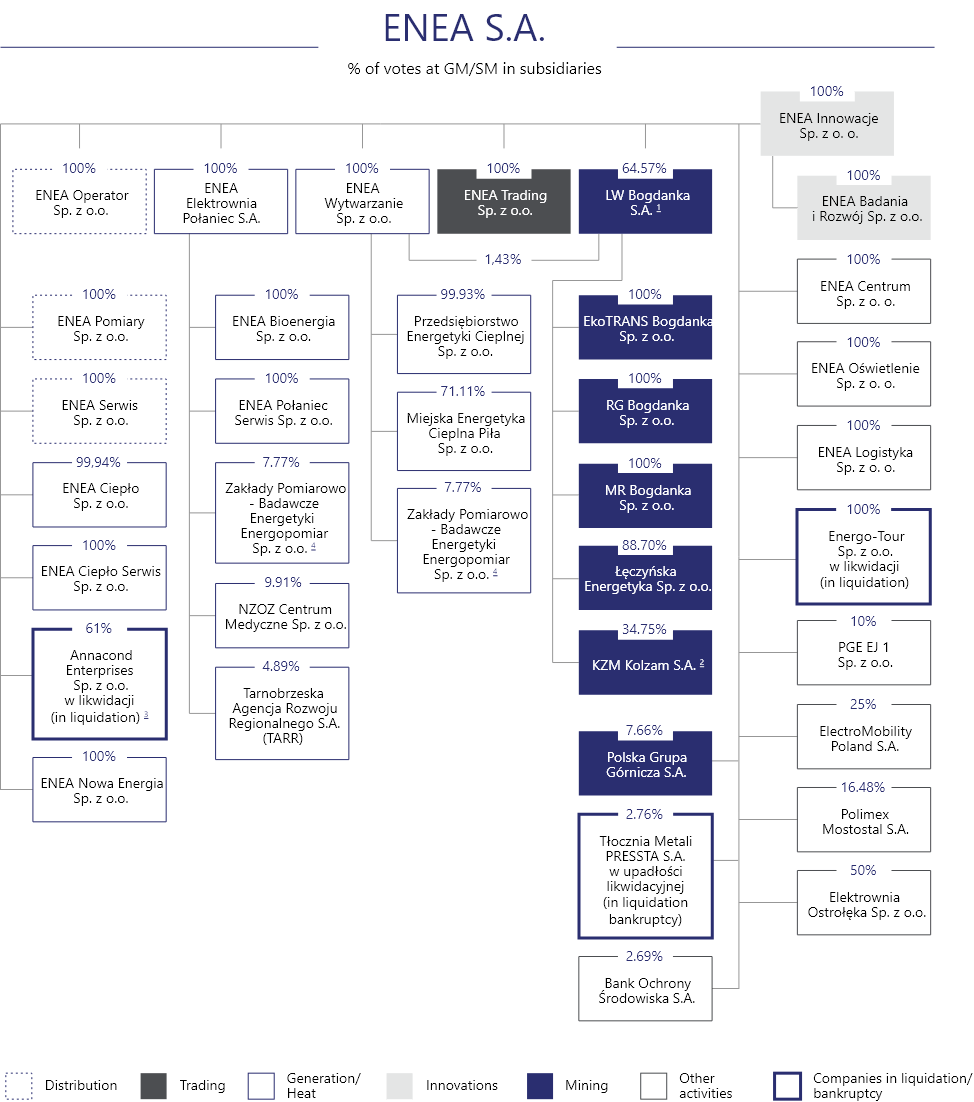 [2] Decision on discontinuance of bankruptcy proceedings / the company does not conduct business activity.

Changes in the ENEA Group’s structure in 2019

Caution: this website uses technologies that may not be properly displayed by Internet Explorer. Please, switch to a browser that supports new technologies, such as Chrome or Firefox.