In 2019, we conducted numerous activities aimed at reducing our negative impact on the environment. They included large capital expenditures as well as small changes in daily operations in individual companies.

PLN 238 million of capital expenditures for environmental protection in 2019

ENEA Wytwarzanie executed a number of investment projects that limited the environmental impact of the Kozienice Power Plant. The key projects included the modernization of electrostatic precipitators of 200 MW units no. 2 and no. 7, which reduced particle emissions into air.

ENEA Ciepło performed a conversion of the coal-fired boiler in the “Zachód” Heat Plant, which can now be fired with natural gas. As a result, the SO2 emission was reduced by approx. 97%, CO by about 99%, CO2 by approx. 39%, while particle emission by 96% as compared to the previous coal-based production.

ENEA Oświetlenie cooperated with local government units to modernize the lighting infrastructure in selected towns and townships. The activities included replacement of old, worn out fittings with new, energy-efficient fittings with better lighting performance. They resulted in a reduction of electricity consumption in Rawicz by 62.59%, in Kęsowo by 54.75% and in Siedlisko by 52%.

ENEA Pomiary modernized the Main Switching Station in its headquarters, which allowed it to reduce electricity losses when idling; additionally it replaced an oil transformer with a maintenance-free dry resin transformer, thus eliminating the risk of polluting the environment with oil.

ENEA Serwis replaced the lighting in its headquarters with lighting based on light-emitting diodes. LED lighting is energy-efficient and the expected life is longer than that of traditional fluorescent lamps. Also, LED lamps do contain no mercury and can be placed in housings that facilitate disassembly and recycling. In 2019, the company covered 10% of the demand for electricity in its headquarters from its own photovoltaic micro-installation with the total capacity of 35.840 kW, commissioned in October 2018.

ENEA Elektrownia Połaniec increased its energy efficiency thanks to the completion of the thermal modernization of office building F-12 and replacement of transformers.

ENEA Centrum completed the modernization process of all the ENEA Customer Service Offices, which are now equipped with energy-efficient lighting and baskets for selective waste collection.

One of the strategic directions of changes in the operation of the ENEA Group is a continuous growth of energy from renewable sources, i.e. in hydro power plants, wind farms and biogas plants as well as through firing and co-firing biomass. In 2019, we produced such an amount of the above energy that is greater by 253 GWh compared to the previous year. 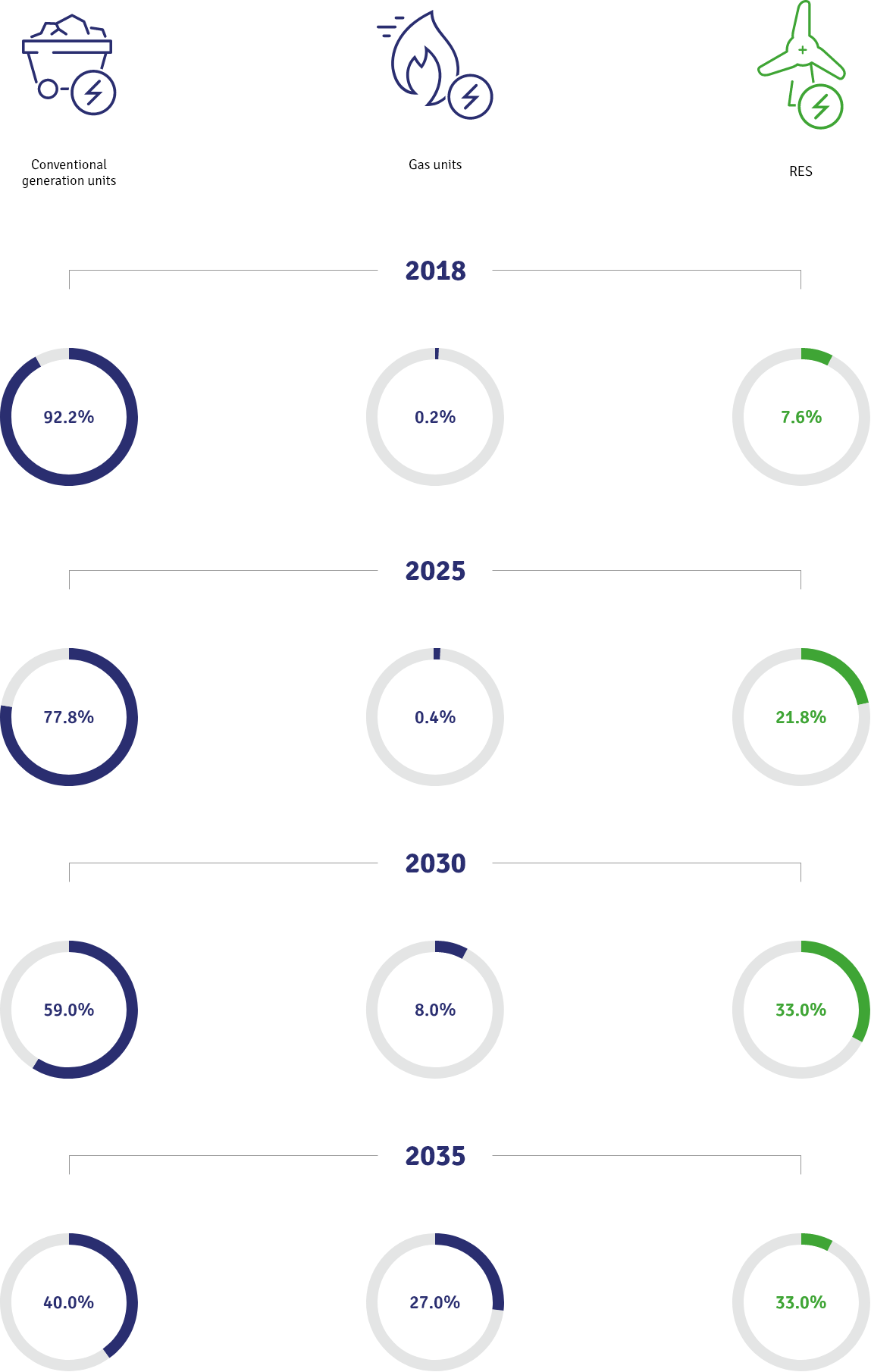 Caution: this website uses technologies that may not be properly displayed by Internet Explorer. Please, switch to a browser that supports new technologies, such as Chrome or Firefox.